While you were away, FQ777 — among the lesser known toy drone manufacturers — released the FQ777-954.

As the title states, the FQ777-954 is the world’s smallest (‘tiniest’ would be a more apt description) quadcopter drone to have FPV (first person view). And it doesn’t end there; there are a couple of other killer features that this quadcopter drone has on offer.

One, the drone can be controlled via a smartphone. How it works is that you see the same set of control sticks on your phone; you control it just like you do on a usual transmitter.

The other killer (and I’m not exaggerating) feature that the FQ777-954 offers is motion control. You can control the drone’s pitch and roll (forward, backwards, left and right movements) JUST BY TILTING YOUR PHONE IN THE REQUIRED DIRECTION. How cool is that!

Geekbuying.com just sent over an FQ777-954 for review. I didn’t have any plans of posting an unboxing video or mere pictures of it, but the quad compels me to do so.

In the pictures, you can also see it being compared to the Cheerson CX-10C, which is also known as the world’s smallest camera drone. The FQ777-954 is about a millimetre taller, but it packs WAY more features.

Download the Android app to control the drone via your phone (and use the FPV function) by scanning the QR code below. 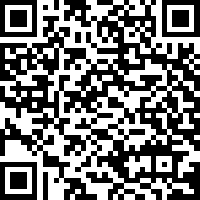 Tiny Whoop here, Tiny Whoop there – What’s the fuss about?

Knowledge Base: What are RTF, BNF and ARF drone kits?

DJI Phantom 3 Standard vs Professional vs Advanced vs 4K

Knowledge Base: What is Headless Mode on a Quadcopter Drone?

Top 10 drones under $30 to fly indoors this season!

Top 5 Quadcopter Drones For Beginners (Under $100)

10 things you need to know about the DJI Mavic Pro!

Reviews, How-Tos and News about the quadcopters, hexacopters, and other drones.

© RC Drone Arena. Reproduction of any content on this site is denied.