One of the most popular first quadcopters happens to be the Cheerson CX-10. The design has turned out to become so popular that a tonne other companies, including FQ777, are using the proven design to manufacture tiny quadcopters of different abilities.

In this case, we’re taking a look at the FQ777-954, which also happens to be the world’s smallest First Person View (FPV) drone. At $35.99 shipped worldwide, the FQ777-954 hardly scratches the pocket, forget burning a hole in it.

How good is this little flier, then? Should you buy it as your first drone? Let’s find out, in the FQ777-954 RC Quadcopter Review!

…you can find the full spec set on the product listing.

In the box of the tiny little quadcopter drone, you get the following items:

If you’re flown a Cheerson CX-10, you’ll know exactly how the FQ777-954 feels. It is tiny and easy to miss. Which is why, you need to take extra care of the quadcopter if you want it to last a while.

That said, it by no means feels tacky or cheap. Plastic is of good quality. I’ve managed to drop it from quite a height (10+ feet), and the aircraft hardly carries any signs of it — besides the bruised props, which I obviously had to replace.

You have to be REALLY careful with the props. This as a general rule applies to every nano quadcopter. Since it’s a milligram that can completely change the flight characteristics of a quadcopter this size, factories have to ensure there’s no extra weight on the aircraft, and thus, everything is lightweight. In this case (props) lightweight also means bendy and fairly fragile.

The added weight of the camera and WiFi FPV module mean that the FQ777-954 is a ‘heavy flier’. It’s hard to describe what ‘heavy flier’ means, but I’m sure you have a fair idea. It’s like the aircraft flies with a lot of momentum on it, which means it isn’t the best for flying around tight corners.

If this is going to be your first quadcopter (I strongly recommend you get the CX-10 instead, if that is case), you won’t have much of a problem getting used to it (make sure you fly outdoors). If you have flown other nano quadcopters in the past, it’ll take you a few flights to get used to the new setup.

Other than that, I have only one thing to say; don’t get fooled by the tiny appearance of this quadcopter. It needs a large space to fly in, especially if you plan to use the FPV feature.

Before I begin to speak about how this quadcopter holds up in FPV flights, I recommend reading the FPV Guide: 5.8GHz vs WiFi FPV vs 2.4GHz FPV.

Coming back to the quadcopter, it’s a bit of a pain flying it in FPV. First, you need a compatible Android/iOS smartphone/tablet on which you need to install the app. Scan the QR code below on your phone to download the app on the phone, or click on it. 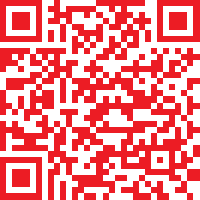 Then fire up the app, and tap on ‘Play’. You’ll now have the FPV video on your phone’s screen. You can also control the quadcopter using your phone, which works out quite well, but only in line of sight.

The WiFi video stream has a lag to it. The sad part is that the lag isn’t constant, thereby making it near impossible to fly the aircraft in FPV. However, if you have access to something like a large warehouse (or the likes), the quadcopter can be fun.

Nothing to write home about the controller. It’s a standard nano controller that you also get with quadcopters like the CX-10A. While it may seem a little too tiny at first, I find it fitting that a quadcopter FQ777-954’s size get a controller as tiny.

Controlling the aircraft via your phone

To control the FQ777-954 using your phone, you first need to pair the aircraft to your phone using WiFi. Read the section above (“Flying the FQ777-954 in FPV”) to know how you can do that.

Once that’s done, you can fire up the RC Leading app, hit the ‘Play’ button and bam, you’re ready to control the RC drone using your smartphone. Here’s how the buttons work:

The app also has a ‘gyro sensor mode’ which lets you control the drone by simply moving your phone. This is a LOT of fun, especially in the beginning. However, the movements of your phone will only replace the inputs for pitch and roll, i.e., you’ll still have to give input on the left stick (via the phone app itself).

I’ve seen cameras WAY worse than this one here. It’s in fact a fairly decent camera to get some doable aerial shots… just for the thrill of it perhaps.

I’d say the 0.3 mega-pixel (VGA) camera does justice to the price tag. I’ll let the pictures do the rest of the talking here.

The aircraft features a teeny tiny 150mAh battery which takes about 35 minutes to charge. Depending on how you fly the quadcopter, it’ll discharge in 3-5 minutes. WiFi FPV naturally takes some extra juice in this case, so flying without that will give you close to, or over, 5 minutes.

I think it’s fairly apparent through the entire review. The FQ777-954 is a fun, non-serious aircraft targeted mostly at beginners. It can however be a saviour on a rainy day where you can’t take your larger quad outdoors; the FQ777-954 will fly in the smallest room in the world.

In a nutshell, it’s to be understood that the FQ777-954 isn’t quite the most powerful drone you’ll find, but it’s definitely a LOT of fun, especially if you’re just starting out with the hobby.

You cab get one for yourself at a mere $35.99 by following this link.

Tiny Whoop here, Tiny Whoop there – What’s the fuss about?

Knowledge Base: What is Headless Mode on a Quadcopter Drone?

DJI Phantom 3 Standard vs Professional vs Advanced vs 4K

8 Foldable Drones You Should Know About!

Reviews, How-Tos and News about the quadcopters, hexacopters, and other drones.

© RC Drone Arena. Reproduction of any content on this site is denied.